The California Water Crisis: More Than Just Another Drought 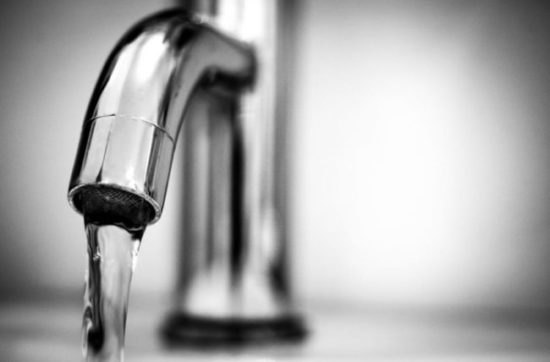 California constantly receives media attention for being in yet another state of drought. Considering how the state is a top agricultural producer, it makes sense that politicians, the media and other informative sources decide to keep the public up-to-date on the Golden State’s status of water affairs. However, the method in which these trusted sources are referring to the water shortage affecting California is nothing but a disservice to the public.

Calling what California is experiencing as just “another drought” is minimizing the severity of what may be in store for the state’s future. The world currently has its eyes on a disaster waiting to happen in Cape Town, where water supplies have dwindled due to severe drought and population growth, creating a doomsday countdown for “Day Zero”- when the city’s tap supply officially runs dry this year. Many political arguments are rising over a general failure to acknowledge warnings given years ago regarding a looming water crisis for Cape Town.

California also has an ever-growing population which has almost reached 40 million individuals, with a growth rate of .9% annually.  For a U.S. state which is larger than all but 34 of the world’s countries, maintaining a reliable water supply is important not only for CA residents, but for the resiliency of agriculture. California produces about $47 billion in agriculture, making up 12.5% of the total agricultural production for all 50 states. California also exports a whopping 28% of its agricultural production to other markets. When you consider that 80% of the state’s water consumption is allotted for agriculture, the thought of a diminishing water supply raises many concerns.

Should California remain this confident regarding the viability of its water supply?

California water comes from two main sources: groundwater and surface water. Forty percent of California’s freshwater needs are taken from groundwater, and when other surface water sources begin to diminish, even more groundwater is pumped. The Golden State removes 20 million more acre-feet of groundwater than is replenished each year. Some of the most populous cities in CA such as the San Francisco Bay Area and Southern California have minor groundwater sources and must rely on surface water imports from other regions through large transport systems and aqueducts. A huge portion of surface water supplied for Southern California also comes from the Colorado River under a system of prior appropriation shared by six other states. At that time in 1922, California was growing exponentially as the others were experiencing minimal population growth- and now that these states have bulging populations of their own, tensions have increased as limited water supply stunts their potential for growth.

The freshwater within the state is managed by an outdated dual water rights system. They consist of riparian law based on water flow, and water rights based on the idea of first in time, first in right. In times of drought, those with lower rights are cut off, and certain sections of California water law stating every water use should be reasonable and beneficial have been used with inconsistent discretion. Situations like these have caused various legal battles and public urges to improve policies and infrastructure providing management of the precious resource, plus pleads to consider the sustainability of proposed massive projects intended to increase surface water supply. The past several years of consistent drought in the state has also placed worries in the minds of politicians and others who have pushed for legislation supporting these projects, no thanks to climate change which has decreased rainfall and snow pack feeding the state’s freshwater systems.

The methods which have fostered the growth of the state’s past are now at risk of unraveling. California doesn’t have enough freshwater to continue supporting the industries and populations at the rate in which they are currently depleting the supply, unless innovations and improvements are made. This is important not only to meet current demands, but to ensure the sustainability of California’s natural environment. Future legislation, projects and efforts should increase water conservation and efficiency before attempting to build new supplies, as this has been proven to be quicker and more cost efficient. Evolving California’s water supply is necessary to avoid a potential water crisis.