The Future of the Colorado River Basin 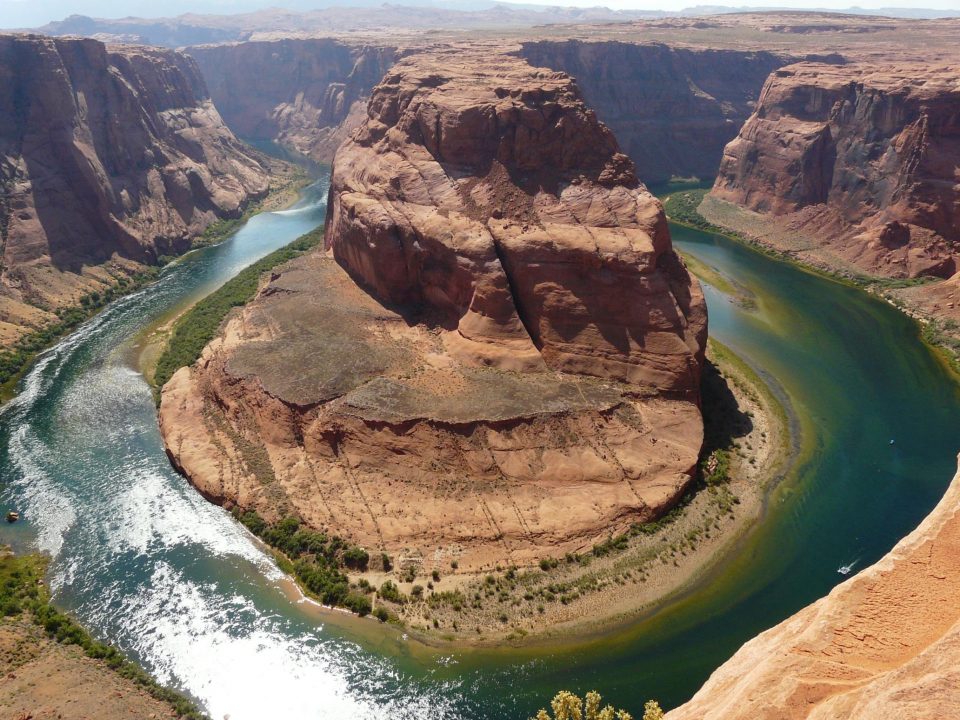 Low water levels on the Colorado River will possibly force water shortages in Arizona, Nevada and Mexico in 2020.

Lake Mead and Lake Powell levels act as indicators of the health of Colorado River water supply. If Lake Mead drops below an elevation of 1075 feet, downstream water users will be forced to cut back the water they use. Arizona will get hit the hardest by these expected water cuts, followed by Nevada and Mexico. California has been granted a higher seniority for water right priority over Arizona and Nevada, according to Arizona vs California (1968). A tier 1 water cutback would result in Arizona losing around 12% of their Colorado River water supply. A Bureau of Reclamation hydrology analysis states that this type of shortage is almost certain to happen in 2020, urging officials to complete a drought contingency plan soon.

If Lake Mead loses that elevation of water volume, nearby Lake Powell will be forced to give some of its water to balance the two reservoirs. Lake Powell, along the Utah and Arizona border, falls within the Upper Basin region of the Colorado River. Most of the precipitation which eventually supplies the river falls within the Upper Basin states, yet this region consumes less than two thirds of its legal allotted portion of the water supply. The densely populated and thirsty Lower Basin states use much more of the river’s supply. However, since they have attained a higher seniority of rights, the Upper Basin will still need to comply with mediating water shortages, as many of their users have junior rights and will hurt more severely from curtailment efforts. Lower Basin states’ first choice of conservation would be in the form of a water bank, as they can always draw from the reservoirs upstream. This strategy does not fare well for the Upper Basin States, who will never see their water again if they allow it to flow south to the reservoirs.

The Colorado River Basin fate is largely influenced by Arizona’s water management strategies to come. One small farming county in Arizona may disrupt the Southwest’s ability to form an organized drought plan. Pinal County, home to 500 farmers, is the third largest farming county in Arizona, collecting around $1 billion in annual sales. In 2004, the county’s irrigation districts gave up their permanent contracts to Colorado River water in return for temporary access at a huge discount. The districts only pay the energy costs of delivering the water from the Central Arizona Project, which has allowed them to save over $300 million so far. However, their water is “subject to availability,” and their maximum available supply has already been decreased several times, with the settlement indicating that no Colorado River water will be guaranteed to them after 2030. Some argue that the cutoff day for these farmers may be reached within a year or two as water scarcity worsens for the region, and if so, should these farmers be compensated for losing their share earlier than expected?

Colorado River basin states have criticized Arizona’s lack of genuine progress towards finalizing a drought contingency plan. Arizona’s lack of progress downstream has resulted in extra pressures for Colorado to mitigate upstream, creating political animosity between Denver Water and Western Colorado. Denver Water has threatened to pull out of drought efforts unless the Lower Basin states make real effort soon. A deadlock between Arizona Department of Water Resources and the Central Arizona Project has prevented the Lower Basin states from moving forward in a unified effort for water efficiency. Despite no requirement under current law, California has agreed to take water cuts as the water crisis becomes more certain.

The Colorado River and its tributaries support about 40 million people, including 15% of the country’s agricultural production. This vital river has also been under tight stress, as the first allocation of water given in the early 1920’s exceeds actual physical river capacity. Researchers discovered later that the water rights were given during an unusually wet 20-year period for the arid region. Since much of the past management of the river water has been divided up among the states, it might be useful to consider approaching new water conservation efforts with a unified effort, as well as focusing on improving distribution efficiency.